Meet some of our long standing Accuro members 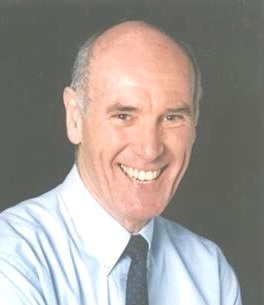 I first came to Wellington in 1974 and worked in Wellington Hospital and then as a GP on the Kapiti Coast.  I missed working in a hospital environment and wanted to complete specialist geriatric medicine, so returned to Bristol, UK in 1979 for 3 years.

I returned to New Zealand with my family in 1983 and started working at Palmerston North hospital.  It was here that I joined Accuro (or HSWS as it was then) as all new employees at the hospital were encouraged to be members.

During that time I became the first appointed specialist geriatrician.  This was early days of geriatrics outside of the main centres of Auckland, Wellington, Dunedin and Christchurch.   In those days there was little or no expectation of frail older people who had experienced a prolonged hospital stay from a stroke or a fall resulting in a broken hip returning home or regaining independence, they were generally discharged to a rest home or long term hopsital care and no support was available, or provided, to encourage and support independent living.

...there were over 60 patients in hospital beds waiting [up to 12 months] for geriatric rehabilitation services... Within two years we had cleared the waiting list and patients were referred to geriatric medicine services within 24-48hrs.

When I first became the specialist Geriatrician there were over 60 patients in hospital beds on acute wards waiting for rehabilitation services. Many of them had been in their hospital beds for many months, some up to 12 months, and were unfortunately well past any possibility of rehabilitation. We introduced a multi-disciplinary and comprehensive service and within two years, we had cleared the waiting list and patients were referred to geriatric rehabilitation services within 24-48hrs. They were transferred in a matter of days to resourced services which aimed to provide support for patients to return to an independent life on their own, or back with families, rather than rest homes or long stay care wherever possible.

Between 1990 and 1993, when MidCentral and Whanganui DHBs were combined as the Manawatu-Whanganui AHB, a similar comprehensive specialist service was established in Whanganui which remains.  When I retired in 2016, there were five specialist geriatricians at MidCentral DHB.

What have the highlights of your career been?
The teamwork with the nurses, allied health and medical colleagues.  Raising the expectations of health sector colleagues, the community and family members to provide a better outcome for patients.  Encouraging patients to see themselves as a person not a patient gives them the opportunity to regain independence wherever possible.

How would you describe your experience with Accuro?
The staff are very prompt, reassuring, caring and understanding during times of stress and anxiety.  You can make the right decision in consultation with the claims team and what steps you need to take so you don’t have to think twice. Comments from the claims team on the emails such as “I hope it all goes well for you” are caring and kind. Having health insurance with Accuro has been tremendous and made all the difference with excellent results.

Do you think private insurance is an important addition alongside the public health system?
Access for elective procedures and non-acute conditions is much faster with private health, I have recently been diagnosed with melanoma and was informed that if I was referred through the public system I would be waiting for 5 months before surgery but with my private health insurance I was able to schedule my successful surgery with a specialist surgeon in two weeks.

What would you say to others who are considering taking out health insurance with us?
Being able to select specific specialists, gaining prompt consultations and timing of surgery that fits in with work and family commitments has made all the difference.

Having health insurance with Accuro has been tremendous and made all the difference with excellent results.

This Accuro history page has been compiled as part of our 50 year anniversary. If you have any anecdotes about your time at the Health Services Welfare Society (or Accuro as we’re now called), either working here or as an old Member, then please do get in touch to tell us your story at membership@accuro.co.nz. 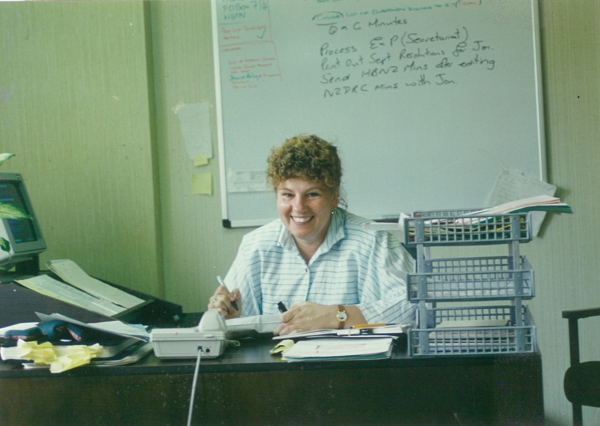 I started at the Palmerston North Hospital in February 1977 as a Junior Receptionist/Typist in the Supply Department, a little old prefab building, which is long gone.  We shared the prefab with the Stores Accounts Department.  I was responsible for keeping a record of the nurses shoe and stocking allowance which was all kept on a manual small card system.  Along with two other senior women in the office I use to type orders  for supplies/equipment from a requisition form which was then typed onto a 3 page order form using carbon paper between colours.  All done on a manual typewriter.  These orders were then signed by the Supply Officers, the top copy was sent to the firm, second copy sent to the department and the third copy filed. (From memory the colours were white, yellow and blue) I use to type a stencil and then use a machine called a gestetner for duplicating copies of the form.  It was a messy job as you had to ink it etc.   Thank goodness these were eventually replaced with photocopiers.  We used guillotines for chopping paper to the required size.  All seems very archaic now days.

I was responsible for keeping a record of the nurse's shoe and stocking allowance, which was all kept on a manual small card system.

Morning tea was at 10:00am and a group of us would walk up to the café where they provided plain biscuits like superwine, shortbread,  gingernuts to staff to go with their coffee/tea.

Restructuring occurred and I went to the Board Office to become part of a typing pool.  Manual then electric typewriters were introduced and further on down the track, computers.  It took me a while to get the mouse on the screen to where I wanted it to go but I survived and would never go back to typewriters. 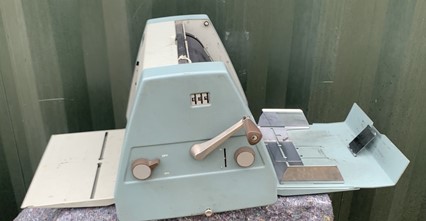 I then progressed to the Board Secretariat where Board typing was undertaken. Documents relating to agenda items were collated and attached to agenda’s.  They were checked many times and sent out to Board members for their regular meetings.  Minutes of Board Meetings were taken normally in shorthand (by my boss) and then dictated onto a tape which I would type up using a Dictaphone machine.

I then became pregnant with my first child and was still working when he arrived (he was three weeks early), I was due to finish work the following week.  I remember many of my colleagues standing on the front steps of the Board Office waving and wishing me luck as I walked past on my way to the Maternity Unit, with my orange suitcase (which we still laugh about).  He was such a good baby, I was so bored being at home and longed to be back at work.  Wanting to come back to work after maternity leave, my job had been disestablished and there was no full time job.   After several months I picked up a one day a week job with Risk Management and on other days helped out in Mental Health and Hospital Admin when required.  A second child arrived and I continued working part time.

My one day a week in Risk Management progressed to more days and eventually, I was five days part time.

I remain in Risk Management today, 9 – 3, as an Operational Risk Co-ordinator and have seen many changes to the department, people and technology. 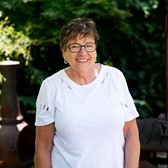 What have been the highlights of your career?

The highlights have been the people I have worked with.  I have had amazing bosses and made many lifelong friends.  Seeing all the changes and how it appears that some things are reverting back to how they were when I started.  It’s definitely been a merry go round ride (or roller coaster), with many restructures, of which I have survived most.

What would you say to others who are considering taking out health insurance with Accuro?

I would recommend Accuro as they have refunded what they believe is meant for a refund and had no issues with them. Many people can’t afford health insurance now days.  I would hate to think what I have paid in fees over the years but you can be bet your bottom dollar as soon as you decide to stop it – you will need it big time, especially as you get older.

From small beginnings in 1971 as the Health Service Welfare Society to over 30,000 members as Accuro Health Insurance in 2021. We look back at the milestones that got us to where we are today.

Accuro leaders past and present

Accuro leaders past and present reflect on their time at NZ's best little health insurer and look to the future.